Can the Japanese blame Chairman Mori?
Haven’t you been in sync since the criticism from the West?
Has the word “gender” been translated into Japanese yet? According to Wikipedia, “sexism” and “discrimination” are common among Japanese people, but equality between men and women is not firmly established in Japanese society. Last year, it was the university owners who discriminated against women who wanted to be doctors. The Japanese only reflect after being told by the West. I think this is because Japan does not have a culture of exchanging opinions. Ask your children to discuss the MORI issue. 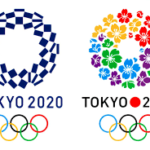